During the 1990’s two major state policy changes (revenue limits and 2/3 state funding) were implemented.  Then the state withdrew its commitment to 2/3rds by the turn in the century and the State Supreme Court has established a new educational standard.  That standard says that:

“Wisconsin students have a fundamental right to an equal opportunity to a sound basic education that will equip students for their roles as citizens and enable them to succeed economically and personally.”

The Court also specified courses to be provided and required that “…districts with disproportionate numbers of disabled students, economically disadvantaged students, and students with limited English language skills…” be taken into account. The effect of this decision is to demand that the legislature revise our school finance system to assure that every child has an equal educational opportunity.

The obvious question is, what has been the result of the standard?  The answers are disappointing. 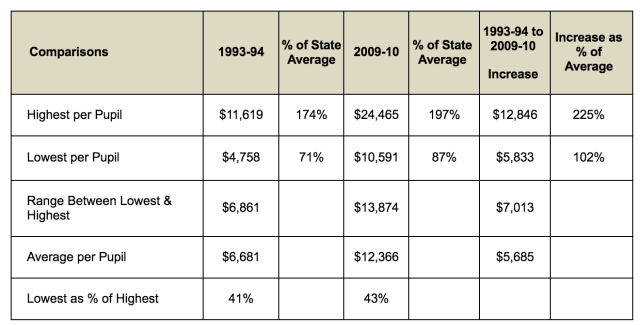 During the same period school tax burden differences have widened relatively. While school property tax rates declined when the state increased its aid levels, the formula distortions which accompanied the aid increase helped to keep the tax burden differences from narrowing. In 2009-10, K-12 property tax rates per thousand dollars of valuation ranged from $2.71 to $15.79 and the average was $9.18.

Due to the state’s infusion of direct aid in 1996-97 with the initial commitment to 2/3rds funding, overall tax rates have gone down over the past 16 years. The bottom line is that the gross tax rate in the lowest taxing district has declined 54%, or 6% more than the state average. And the highest taxing district now pays a tax rate of 566% of the lowest, up from 505% 16 years ago (see Table 2).

The position of the AEF has consistently been that whatever the level of state funding, state K-12 resources should be distributed in a way that assures the equal ability for all school districts to support education educational opportunities for all children, treating taxpayers fairly in the process. In the two most recent state biennial budgets, the state’s resources identified as supporting schools in Wisconsin have been steered into levy credits as opposed to direct aid to school districts.

Concerning the three student populations with additional educational needs to be taken into account, more litigation may be coming.

Since revenue limits have been in effect:

How does such a system take the additional educational needs into account?

In summary, little has changed. We continue to have a school funding system that does not provide an equal educational opportunity for our children; does not meet the additional needs of the three student populations identified in our standard; and does not provide a fair and equitable school tax burden for property owners.

Regardless of the level of state aid, the continued reliance on local wealth means property-poor districts must continue to tax their residents at higher rates to obtain the same dollar amount for each pupil. Disequalizing state aid and levy credit payments continue to increase.

Many school districts have disproportionately high numbers of children who need additional help such as children with disabilities, children from backgrounds of poverty or children of limited English proficiency. The 2000 Supreme Court decision requires that the legislature take these children and districts into account in our school finance system. To date, the needs of these populations have not been well or completely addressed.

In recognition of the continuing financial disparities among school districts and taxpayers along with the legislature’s failure to address the elements of our standard AEF will continue its effort to improve our school finance system. This legislative proposal will attempt to accomplish the following two general goals in the school finance system:

(1) equal access to state and local revenues for all districts so that the cost of money to invest in K-12 education is the same for all children in all districts; and

(2) additional funds to meet the additional needs of the three student populations cited in our standard on a continuing basis which takes account of the cost of serving those populations and inflation. 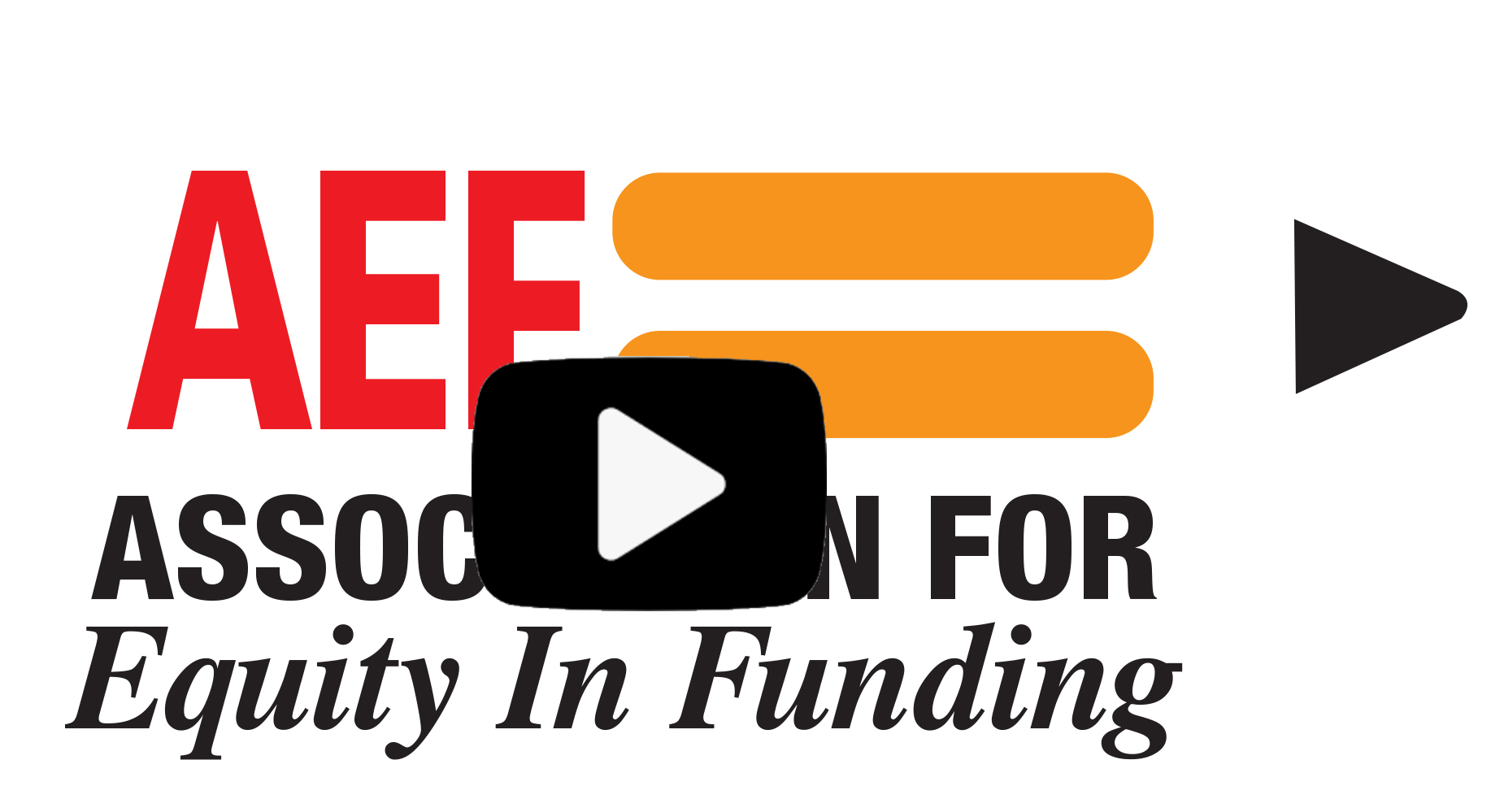